Inquiry into the Disaster

Encyclopedia Titanica - Looking for statistics on the Titanic? How about lists of passengers, crew members, and survivors?

Expedition Titanic: Return to the Deep - This resource, a product of RMS Titanic, Inc., uses new technology to give us a real sense of what it would be like to explore the Titanic in its watery graveyard.

"Titanic" Disaster Report of the U.S. Senate 1912 -  A total of 82 witnesses testified before a special U.S. Congressional subcommittee about ice warnings that were ignored, the inadequate number of lifeboats, the ship’s speed, the failure of nearby ships to respond to the Titanic’s distress calls, and the treatment of passengers of different classes.

Titanic Universe - This well-designed web resource features articles on the construction, sinking, and wreckage of the Titanic. You'll also find a fascinating collection of Titanic artifacts and videos.

Titanica - This website at the Ulster Folk and Transport Museum offers many details about the Titanic, including personal stories and 500 original artifacts.

What Happened After the Disaster? 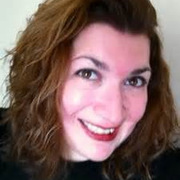 A Variety of Resources About the Hurricane

An Overview of the Disaster